Australian lifestyles ranked among the most unsustainable in the world

Well – this isn’t great news at all! Australia has taken the dubious title of having one of the biggest environmental impacts on the planet, according to a global report into the health of the world’s ecosystems and species.Check this out from the World Wildlife Foundation;

“Of 152 countries ranked in order of their destruction of the world’s natural resources, Australia is eighth, behind nations such as the United Arab Emirates, the US and Canada – performing much worse than countries including China and the United Kingdom.

The biennial Living Planet Report, produced by WWF with the Zoological Society of London and the Global Footprint Network, uses the global Living Planet Index as a measure of the health of almost 8,000 populations of more than 2,500 species around the world.

The report measures the amount of natural resources needed to sustain each person’s lifestyle, or ecological footprint, which is expressed in units called “global hectares” (gha). One global hectare represents the average productive capacity of one hectare of land.

While Australia improved its ranking slightly over the past two years, falling from fifth to eighth place in the world’s most unsustainable nations, it would still require 3.8 planets to support the world’s population if everyone lived like the average Australian.

For Australians, 6.8 gha per person is needed each year to sustain our lifestyles, thanks largely to our carbon emissions and grazing footprint. This compares to 8 gha for those in the USA, 4.9 gha for UK residents, and 2.2 gha for people living in China. The nation with the largest ecological footprint is the United Arab Emirates at 10.7 gha per person.

Humankind began to go into ‘ecological overshoot’ in the 1970s, when demand on the planet began to outweigh the capacity of the Earth’s natural resources. Almost 40 years since surpassing this critical tipping point, we are now consuming the resource equivalent of 1.5 planet Earths each year, living way beyond our means.

“Australia continues to rank very poorly in terms of our impact on the planet. This is reflected in our unrivalled rate of mammal extinctions over the past 200 years and in the amount of carbon pollution we continue to produce,” said WWF-Australia CEO Dermot O’Gorman.

A number of Australian species were included in the Living Planet Index, including many species facing possible extinction, such as the red-tailed black cockatoo, mountain pygmy possum, western swamp tortoise and bridled nailtail wallaby.

The global Index shows a decrease in biodiversity around the world of 30 per cent since 1970, with the tropics hardest hit, showing a 60 per cent decline in less than 40 years.

The report also includes a measure of water use in different countries, as well as an indication of future human demand on national water resources.

Highlights of the report include:

“This is a very sobering reflection on the state of the planet and human patterns of consumption but it’s also important to remember there are solutions to reducing our impact. We are already making significant progress on a number of fronts,” Mr O’Gorman said.

“As carbon is the single biggest contributor to Australia’s footprint, the Federal Government must urgently put a price on carbon pollution. This is the most economically efficient and environmentally effective way of reducing Australia’s emissions.

“Business and individuals also have a role to play in lessening our impact on the environment. We must reconsider our choices concerning energy efficiency, transport, food, electrical products, living and office space and disposal of waste.”

In Australia for example, WWF is working with sugar cane farmers to reduce the amount of pesticides and sediment running into the Great Barrier Reef. This helps farmers reduce costs, as well as protect one of the world’s most important ecosystems.

Globally, WWF is working with some of the world’s biggest users of palm oil to halt deforestation in places like Indonesia, Malaysia and the Congo by promoting the use of Certified Sustainable Palm Oil (CSPO). This is helping to protect the last remaining habitats of animals like the orangutan and Sumatran tiger.” 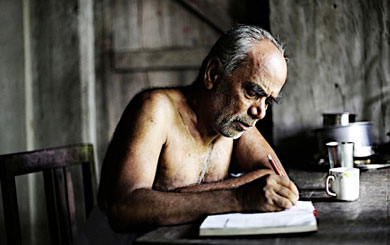 Saving Seeds – Do we have a choice? 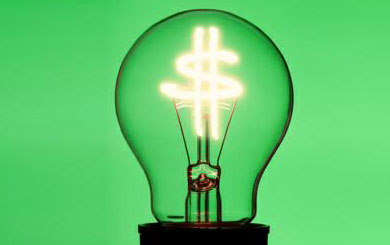 7 Ways You Can Help Save The World, Make Yourself Healthier and Still Save Money 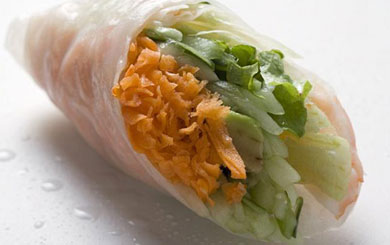 Innovation of the Week: Putting Classroom Theory into Practice