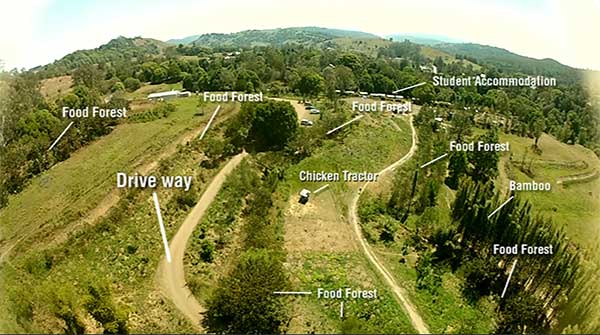 When we were down last month at Geoff Lawton’s Permaculture Farm looking over his new emerging food forest system, we were surprised to see a normal paddock being transformed plot by plot from a field of clover into a mighty food forest system. It looked intriguing.

We asked Geoff if he could do a walk-through with him on camera and explain how he designed this system. He obliged by doing the video in one take. Nothing scripted. Nothing added except a closeup shot of the chickens and solar panels on the trailer chicken coop.

In this video you will see how a field is transformed into a 10 year old food forest system using an electric fence and a team of 30 chickens to tear up the undergrowth in a couple of weeks. People have used chickens to create food forests in the past. We feature this in the Food Forest DVD we made a few years back with Geoff Lawton. Now many years later, we see the results from that video emerging on the landscape.

From Empty Paddock to a 10 Year Old Food Forest System

You will see how it emerges plot by plot.

If you like this video, get set for something really exciting.

The short video above is part of a larger feature that you can watch now for free.

“Surviving Collapse: Designing your way to Abundance” is a 34 minute video on how Geoff Lawton discovered Permaculture. Its his story told to camera with old photos and footage from his life at Bill Mollison’s Tagari farm which Geoff managed in 1996. It goes on to explain how he did the “Greening the Desert” project in the Middle East and then onto drought-proofing and establishing his own farm at the Channon in northern NSW, Australia.

Survival is not just about hoarding food but building stability and abundance into a natural food forest system. As a bonus, Geoff takes you on a fly-over of his property and explains the things you need to be aware of – should an economic or social upheaval destroy your water, food and electricity systems, you need to be able to cope with any disaster.

Geoff says its possible. In fact he’s doing and teaching it right now around the world.

Most people when they put in a food forest system, put it in on a swale, a water harvesting ditch on contour. Geoff has placed those systems on his property in abundance. They are everywhere now. Long snaking contours of fruiting trees. But what he’s doing now, is filling in the bits between the swales and paths with a broader checkerboard food forest. Why? Because he can.

If you look at the photo you will see between the access roads and paths are a thick snaking stubble of fruiting trees on a swale system that follow the contour of the roads. In the centre of the photo is that little chicken tractor with the thirty birds that are shown in the video. That little system is plugging away converting 66 acres, plot by plot into a functioning forest of edible food.

The most interesting system is the one on the far left on the photo. This is the oldest system with the canopy of mature trees now emerging after many years.  This is the top food forest system that hydrates the lower slopes of the farm.

So come along for the ride. See whats possible. Low tech solutions can create abundance when partnered with natural systems that are life enhancing.

Check out the full 34 minute Video for FREE by clicking here at GeoffLawton.com. While you’re there, leave a comment. Post your thoughts on the system he’s created. 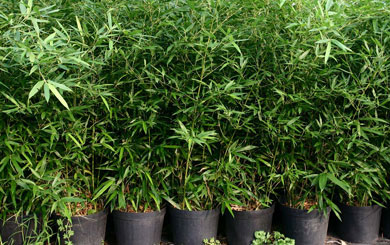 Shopping sustainably made easy: look for green (and gold) products 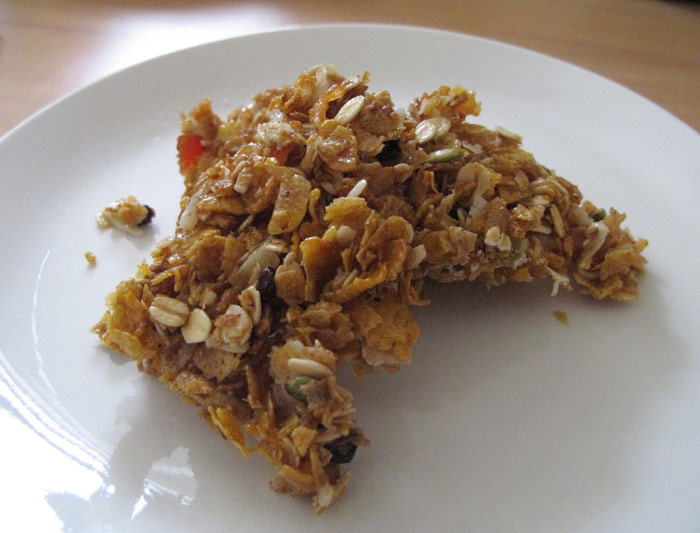