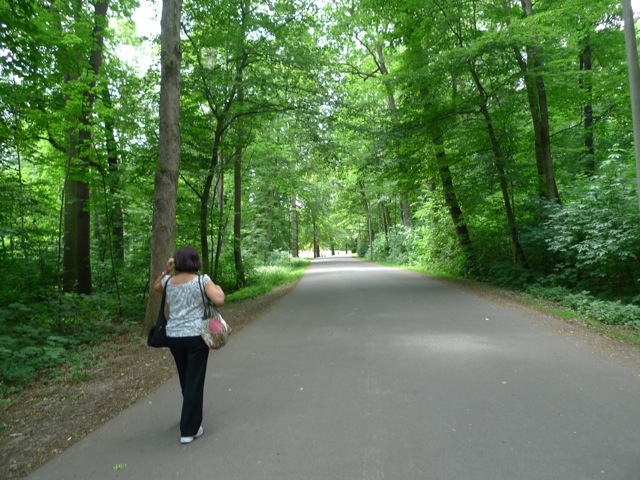 It is obviously in Germany’s interests to both push solar power and use it. They make most of the good solar panels and it is one of their most important exports. As well, following Fukushima, they have decided to shut down ALL their nuclear plants within the next ten years. Of course, they may still import their power from good old nuclear France and the locals are concerned about that on both sides of the border.

But what we saw on a recent visit (and I traveled as carbon neutrally as I could with offsets and public transport rather than rented cars) was very impressive. Berlin was outstanding but then so were Leipzig and other towns we visited. 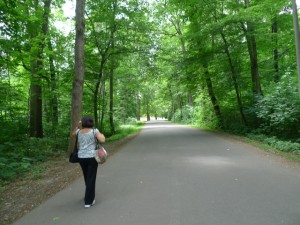 Germany has wind and solar power everywhere, using land that was not viable for agriculture (poor soils or previously mined lands). The windmills are arranged in accessible clumps so that they feed into a useful grid.

Every city or village we visited had evidence of high bicycle use: bike racks, rentable bikes, bike tracks and so on and the most fabulous bicycle shops I have ever seen. People ride to work in their suits and it is very cute to see men turn up for a dinner engagement with a bunch of flowers and a bottle of wine in their bike basket, presumably for their partners or hosts. There are all kinds of bikes but the best I saw was a rack of electric bikes with solar panels charging them up. You could hire these by the hour or longer (the latter being cheaper) and that was mostly for visitors as it seems that everyone in Germany owns a bike already. 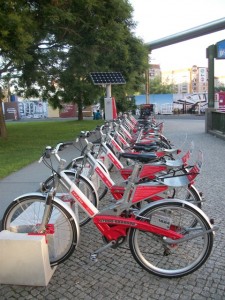 Recycling is almost an Olympic skill here. Garbage is intricately separated and there are bottle bins for brown, white and green glass. Plastic bottles have a deposit of around 25 cents but it is very hard to return them so we generally gave ours to a person collecting them in the street. We were using plastic bottles, by the way, as we found we needed fizzy water as the weather was hot and the air is difficult to breathe (cigarettes are the blot on Germany’s record book!!!) so we had constant headaches. Otherwise, the tap water is excellent. 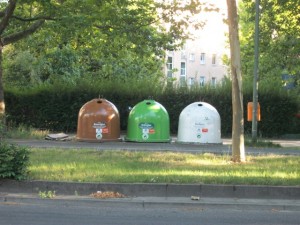 Because of the e coli scare, I did disinfect all fresh fruit and salads but the food shops are generally excellent.

Two major problems are the cobblestones (good in theory but they trap dirt and cigarette butts and need to be vacuumed every night and the graffiti. The latter is ugly, intrusive and shows a complete lack of respect for public and private property. 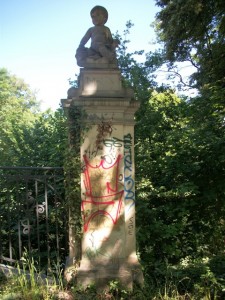 As well, the beer that is consumed freely in the street often leaves a layer of smashed bottles, the drinkers just dropping them in the street. Again, the vacuum machines are trotted out to suck the shards out of the spaces between the stones. We were there when there was a massive Gay parade and I was quite sad to see that the attendees behaved like pigs, dropping their bottles, cigarette butts (still lit) and food wrappings in the street. The effort to clean this after the parade was monumental and quite impressive but a huge expense and logistical exercise. Parades need to be examined for new ways to make the crowds responsible for their own garbage.

The air quality, sadly, is compromised by the generalized smoking that makes it difficult for Aussies and Americans to tolerate being in these cities. The medical problems they will need to finance in the future just may wipe out the benefits of being Green. We even saw pregnant women smoking and that was quite sickening.

The Green roof movement was in evidence both in Germany and the Czech republic. I only managed to get one pic for you though! Rain Gardens, too, were constructed at the edges of concrete jungles. The canals that wind through Europe, of course, are amazing lungs for the continent and are well-used to transport goods cheaply. 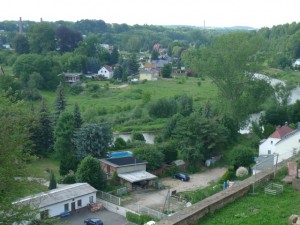 Germany has introduced penalties for waste (eg. The plastic bottle deposits) and many glass bottles are recycled. Apart from special events, you just don’t see garbage left in the streets. We saw a supermarket that had two massive bins of recyclables, all neatly stacked and it seems that there is just an acceptance that new behaviours are necessary. Europe is terribly expensive and certainly many people would be finding that the Green movement just happens to introduce the level of frugalista behaviour needed for financial survival. Germany’s shops are stocked with choices to a staggering degree. They seem to be able to afford to carry retail stock that the rest of the world does not, even the USA. Of course, they have trains to cart all the produce and this is both energy and time efficient.

Economic rationalism of the benefits of being Green has ensured that it is unequivocal – either go with the movement or go broke.

Public transport in Germany is superb. One ticket takes you on every form of conveyance: train, ferry, bus, Metro in each city, and it is evident that the locals appreciate it. A geographically small country, it is possible to travel by the intercity trains quite cheaply too and this is another way to see the Green movement in action. Tracts of green space have been preserved, replanted and signed over as public land. The German nation is a population of ‘wanderers’ – their equivalent of bushwalking, but it may involve rock climbing, mountain biking, camping and all kinds of other outdoor sports. Again, looking at the dress and the shops that are designed for these pursuits, it is clear that many of the interests of Germans are low impact on the environment. There are strict rules and protocols about how to treat the tracks and sites. They are, in many ways, closer to nature than the Australian Aborigines, keeping or rebuilding pristine environments and forests for the future. Lawns are deliberately let grow, flowers to form and seed, bees to pollinate and then the tall wildflowers are lopped for fodder. There is no summer hum of Victas! 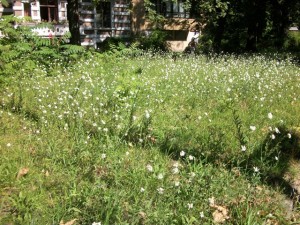 We were especially struck by this in Leipzig which has more public natural green space than any other city. There are so many different styles of ‘walks’ too – with zoos, without, gardens, rivers, wildflower preserves with carefully placed beehives and so on, that it is easy to see why Germans don’t spend too much time ‘on the couch’ and are, generally, quite a trim nation despite the Curry Bratwurst and Beer. (But they do have some really daggy TV shows so that probably drives them out of the house. All very Eurovision.)

There are still many signs of the 2 World Wars of the 20th Century and the Cold War. But lessons have been learned and under the stern eye of Mrs. Merkel, the nation has embraced Green with both arms. In the very near future, Berlin may be run by the Green party and locals seem to be quite happy about that. 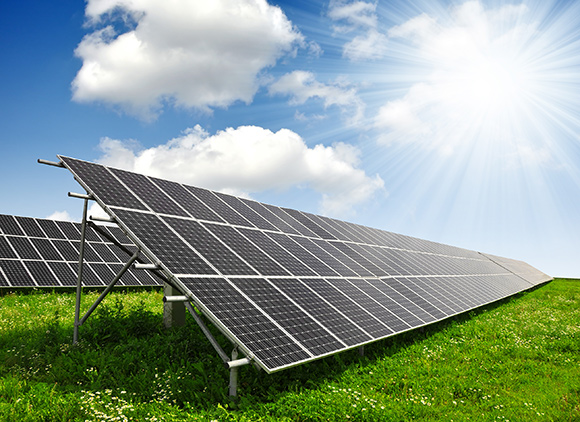 4 Reasons Why Now Is The Best Time To Go Solar 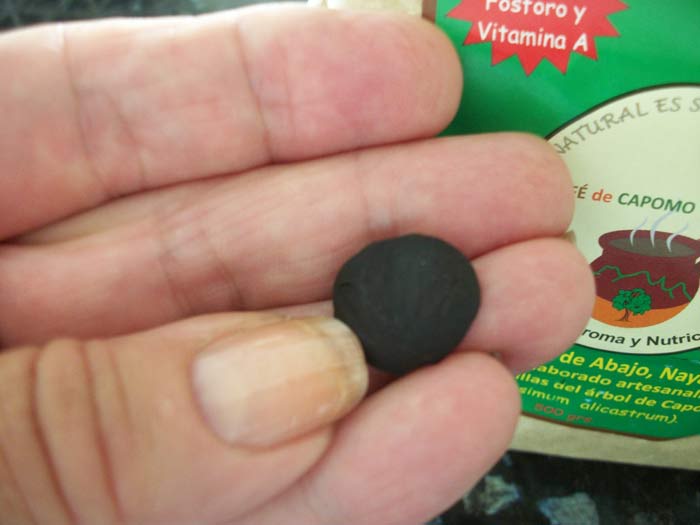 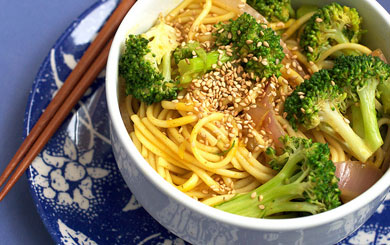 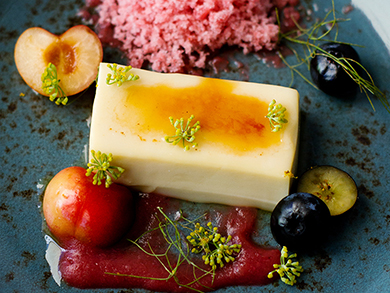