Innovation of the Week: Putting a Stop to the Spreading Sands 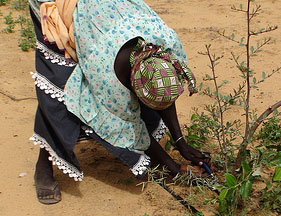 Throughout the Sahel, recurrent drought since the late 1960’s is turning once crop covered land into desert. And the sand is spreading. Picked up by wind, dunes created by soil particles from the West African coastline and the Sahel are covering villages, roads, crops, and irrigation systems, making it increasingly difficult to farm and maintain infrastructure.
In Mauritania, especially, desertification has significantly reduced arable land. Studies from the Food and Agriculture Organization (FAO) show that moving sand dunes cover two-thirds of the country’s land area. Reduced farmed land and water scarcity are threatening food security and forcing large-scale movement of people to urban areas in a country where 70 percent of the population is rural. 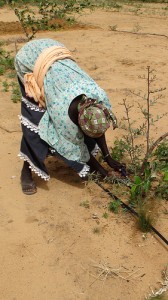 Throughout the Sahel, recurrent drought since the late 1960’s is turning once crop covered land into desert. (Photo credit: Bernard Pollack)

A new report from the FAO presents a model of success in halting desertification in the Sahel. Based on the FAO’s seven year project in Mauritania, Fighting Sand Encroachment: Lessons from Mauritania provides lessons for similar efforts taking place throughout sub-Saharan Africa.

Given the complexity of the problem, and its significant economic implications, the Mauritanian Government decided to make halting desertification a political priority, incorporating desertification control into every aspect of its development strategy. With the support of development partners, such as the FAO, United Nations Development Programme (UNDP), and the International Fund for Agricultural Development (IFAD), among many others, national-level projects and programs were implemented in order to create wide-spread and synchronized action to stop the spread of the sand.

Between 2000 and 2007, for example, the Rehabilitation and Extension of Nouakchott Green Belt Project, initiated by Prince Laurent of Belgium, funded by the Walloon Region and in partnership with the FAO and the Mauritanian Government worked to improve sand encroachment control and protect the infrastructure of Mauritania’s capital city, Nouakchott.

A series of fences were designed to use wind to create artificial dunes surrounding the city. These dunes reduced the strength of the wind and slowed the advancement of more sand. Set at a 120 to 140 degree angle, deflection fences were also erected in order to redirect the incoming winds and sands, also reducing sand build up. Both fences are made from branches and twigs that were collected from mature forests. Woven together, these materials provide just enough permeability to slow down wind speed while also remaining upright in the face of especially strong gusts.

Once the dunes have been halted with hand-woven fences, the process of creating long-term barriers begins. Though dunes are perhaps the least hospitable environment upon which to grow trees and other vegetation, walls of mature plant growth also provide one of the most effective barriers for sand. Depending on the climate and soil conditions, dry-tolerant and indigenous tree species are selected and planted to act as barriers.

Initial care of plants is critical to their survival due to the harsh growing conditions, but the maintenance of these natural barriers contains more benefits than just the slowing of the spread of sand. Government hired guards protect the barriers from vandalism and wind damage and the natural walls are also tended by members of the rural community who will eventually benefit from the new source of food, firewood, seed and livestock fodder that the mature trees and shrubbery provide.

To read more about the importance of government involvement in agricultural development and about innovations that mitigate land degradation, see: An Agricultural Success Story, “Regreening” the Sahel Through Farmer-Managed Natural Regeneration, An Evergreen Revolution? Using Trees to Nourish the Planet, It’s About More Than Trees at the World Agroforestry Centre, Trees as Crops in Africa, and Mitigating Climate Change Through Food and Land Use. Climate Change and Its Costs – What Is at Stake? 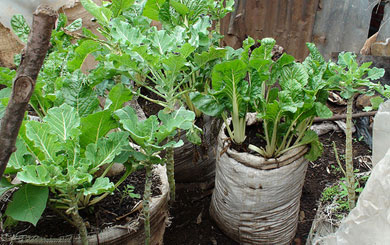 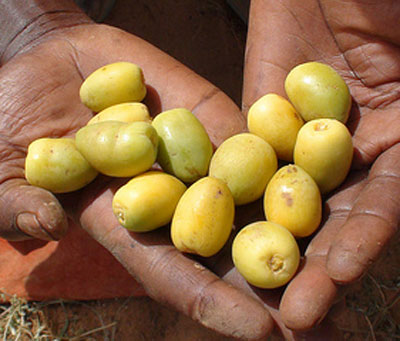 FSC – What does it mean and why should I care?