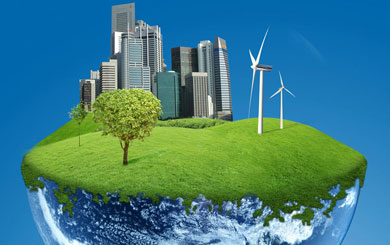 While we are not qualified here to give financial advice, it seems remiss not to mention the importance of keeping your investments and banking ‘green’.

Especially in these times when every wage earner in Australia is a quasi-investor through their super funds you need to be quite certain what exactly your hard earned cash is financing.

Green investments are stocks, exchange-traded funds and mutual funds in which the underpinning companies are in some way involved in operations that either improve the environment or actively eschew doing it any harm.  Companies who are developing alternative energy technology, those with transparent best environmental practices or with goals that assist or support developing technologies and nations can all be classed as ‘green’.  This is an ethical definition so you need to look quite closely at the activities of the business.

Many green companies are traded on the major global stock exchanges.  Look for those involved directly in developing bio-fuels or solar panels, but be careful that the bio-fuel development, for instance, is not at the expense of desperately needed food sources in third world countries.  Look at large established companies that are sinking funds into green development (but not in a tokenistic way).  Many are just leaping on the bandwagon and using this as a P.R. exercise to rope in the fringe consumers.  Look at wind power, alternative building products, forestry development projects and those that recycle and some of the farming and food producers that have transparent farming practices, moving away from the battery idea. Purchasing stock in a business that is an industry leader in terms of employing environmentally conscious businesses practices in a traditionally dirty industry may be considered a green investment for some, but not for others. For example, consider an oil company that has the best record for environmental practices or a power company that is in transition away from coal use (the worst blot on Australia’s attempts to be environmentally perfect!). Burning fossil fuels is the leading contributor to global warming.  Your own ethical nose should be able to sort out the reality!

A simple key to effective green investing is to seek out companies based on ‘need’ rather than ‘want’.   These companies will always survive.  And look at the chain of activity from top to bottom – for instance, in food companies – are the workers given what they NEED to survive for creating the product?  Are people’s NEEDS looked after or is it merely the WANTS of their executives that are the priorities.  Don’t invest in companies that pay bonuses for ineffective management.  DON’T invest in companies that use bottom line price as their only measure of where to run their businesses (eg. Call centres which continually exploit third world workers and without loyalty will shut them down and move on without notice).

Green investing through exchange-traded funds (ETFs), which have their own ‘stock indexes’ but made up of green companies are becoming very popular. Mutual funds accessed through a professional portfolio manager makes the green asset allocation decisions based on the fund’s prospectus.    Ask your own financial planner and do ask him or her to send you (electronically – as these documents are HUGE and glossy) clear prospectuses for all potential companies.

Mainly, you are attempting to place your money in a socially responsible way.  Don’t just scatter it around in a thoughtless way.  Preserving the equity in your hard-earned wages is far more effective than donating to unsustainable charities.  Look at where your money is going. (We will examine charitable giving in another article.)

Recently the Dalai Lama (not exactly known for his intellectual and complex observations but his child-like simplicity generally cuts through the web of the first world’s needless tangle of convolution) commented on the recession:

‘… this crisis is good, because it reminds people who only want to see money grow and grow,  that there are limitations.’

There is nothing wrong with having your money grow.  But it shouldn’t be at another’s expense.  Years ago, shark expert and diver Valerie Taylor told me that a chemical dropped in the ocean in the Atlantic eventually has an effect in the Pacific.  It’s the same with all our actions, particularly with investment.

But make sure that those who are using it to make their OWN money grow are worthy of your attention.  Where do you want the world to be in ten years time? 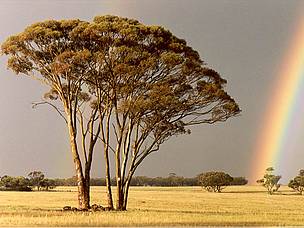 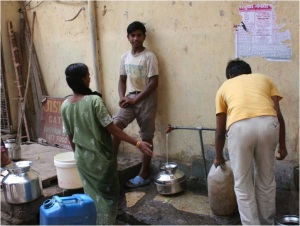 Innovation of the Week: Putting Classroom Theory into Practice

Do you live in one of Australias most liveable cities? 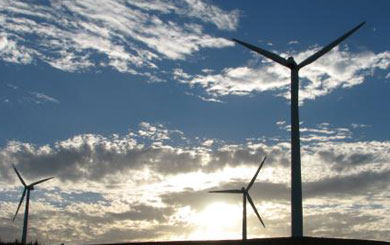