The Rise of Solar Power in Australia

In 2007, just 8,000 rooftop solar PV systems had been installed across Australia. By early 2013, the country had 1 million rooftop systems. But it’s not just a small group of wealthy environmentally-conscious individuals driving the change – research indicates that the rapid uptake of solar PV systems in Australia is thanks to ordinary Australian families, who are likely to be most affected by high energy prices. 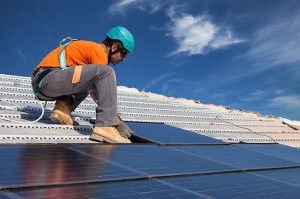 According to the Climate Commission’s (now the Climate Council) report, The Critical Decade: Australia’s future – solar energy, there is currently a solar revolution underway, and it’s being driven by ordinary Australians. Chief of the Australian Climate Commission, Tim Flannery, describes the uptake as being “impossible to constrain”. With prices less than a quarter of what they were a decade ago, a standard solar PV system is now competitively priced.

In 2006, there were only 900 homes with solar systems. Since then, an astounding 1 million rooftop solar PV systems have been installed in Australia, with most of these installed after 2007. The number of installations tripled in just three years after 2010. This rapid uptake in the space of six years has seen 2.6 million Australians or 11% of the total population now drawing on the power of the sun for their energy usage.

Ordinary Australians are driving the uptake

Ordinary Australians are the most sensitive to rising power bills, which is why they are the most likely to have solar PV systems. The revolution has been led by areas and suburbs such as Hoppers Crossing in Victoria, Mandurah in WA, Dubbo and Campbelltown in NSW, and Bundaberg in Queensland. Outer metropolitan suburbs with high concentrations of home loans are recording the highest uptake levels.

Kylie Catchpole, a solar expert and professor of solar engineering at the Australian National University, agrees that the mortgage-belt suburbs are indeed the main drivers of the solar uptake. Catchpole says that Coodanup in WA has the highest uptake of solar PV systems, with 5,000 units installed by July 2012. Other areas include Abbotsford, Booral and Aroona (all in Queensland), each with over 4,000 systems.

The West Australian reported that blue-collar suburbs with large ageing baby-boomer populations are more likely to upgrade to solar. This contradicts the claim that only wealthy suburbs can afford solar systems. The paper noted that Canning Vale in WA was another suburb with numerous installations, along with Thornlie, Baldivis, Willetton, and Ellenbrook.

According to the REC Agent Association (RAA), Australia’s top solar suburbs are Coodanup in WA, Abbotsford in Queensland, Booral in Queensland, Cocoroc in Queensland, Hoppers Crossing in Victoria, and Bentley in NSW. The RAA has revealed that solar households in Australia have an average annual gross income of $60,216.

As the Climate Commission’s report notes, the cost of buying a PV system is less than a quarter of the price it was 10 years ago. Better technology and manufacturing as well as cheaper production costs have made it possible to bring solar PV systems to the market for lower prices. This has led to the ongoing shortening of payback times.

The Climate Commission’s report found that in regions with climate factors highly favourable to solar systems – such as WA – the payback period for solar systems was on average just seven years. With guaranteed life spans of 20 to 25 years for most systems, this short payback time effectively allows households to access free solar energy for more than a decade.

In addition to the financial benefits of having solar systems, there are also environmental advantages associated with cutting carbon emissions and greenhouse gasses.

The future of solar

The solar revolution is likely to move quickly. According to Flannery, the next stage will likely involve lower-cost storage options. These storage options can provide households with the capacity to reduce power demand on the grid during peak periods such as late afternoon and evening, when the sun is about to set. Flannery suggests that these cost-effective batteries will lead to further major changes for the industry.

While the focus has been on solar power for the home, commercial premises can tap into the same benefits with a solar PV system. Businesses such as supermarkets, shopping centres, office buildings, and factories can access the same advantages that residential solar power systems deliver. As such, the commercial sector also offers wide scope for uptake of solar energy.

Importantly, solar PV systems are not just for the rooftops. Solar energy farms, for example, can also be used to generate energy for whole communities. An example of how solar farms could be feasibly set up with low risk for investors is the recent approval of a 20-megawatt solar farm by the ACT government. In that case, the government set up a reverse auction whereby companies submitted bids for the lowest electricity price they would pay for the solar power. The farm will power over 4,000 homes and cut emissions by half a million tonnes.

Flannery agrees that solar energy farms hold promise for the Australian market. He suggests that there is strong potential in solar leasing, solar thermal technology, solar farming, and solar in commercial buildings. Community solar farms, he suggests, could be set up for buildings or local markets. These could allow individuals or families to buy just a number of panels on the roof space, in order to access solar electricity.

These are just some of the exciting areas ahead for the solar power field. The Climate Commission’s report predicts that solar PV technology will provide 29% of Australia’s energy needs by 2050, proving that the uptake of solar power options will continue to spread across the country.

Peta Lewis is the communications manager for Todae Solar and an environmental enthusiast. Since 2003, Todae Solar have installed thousands of solar power systems in homes, businesses and schools across Australia.

Get Real with Reel Mowers 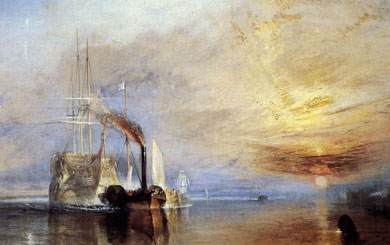 How to Clean your Oil Brushes and Save Some Money 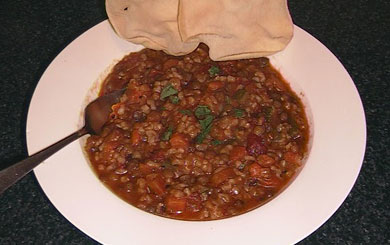